ecoRobotix is a Smart Weeding Robot. 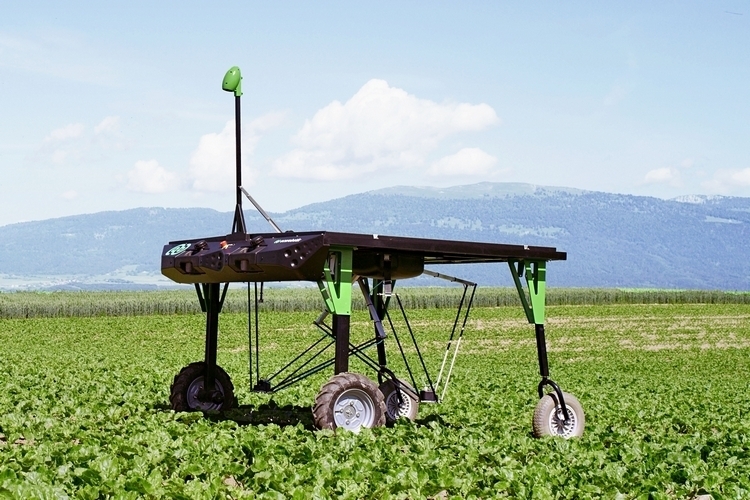 It looks more like a table on wheels than an intelligent farm robot.

The ecoRobotix, is a weeding robot that can that can perform all weeding duties on the farm strictly on its own.

A smart weeding robot, the automaton can explore croplands all by itself, making its way among the crops without damaging any of them.

It can identify weeds and treat them with herbicide, allowing it to replace traditionally manual farm work with a purely robotic alternative. 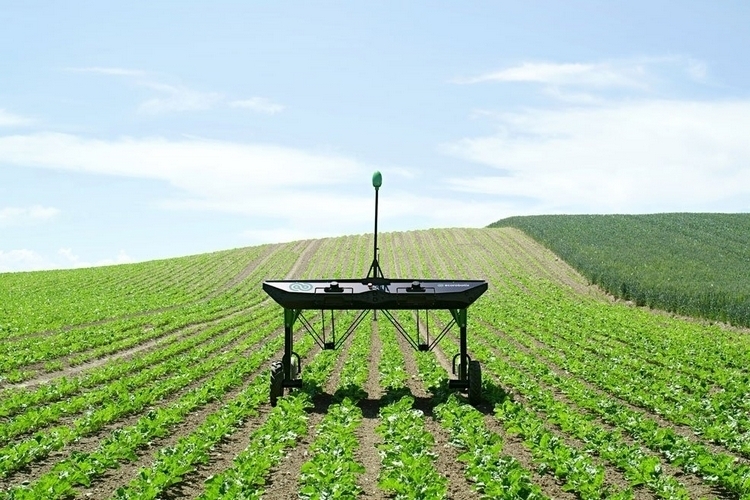 The ecoRobotix is a four-wheeled robot that’s propelled by two electric drive motors, with wheels designed to ride over off-road surfaces, so it should run through any farmland with relative ease.

It has solar panels on top (380W) to generate a continuous source of power for the onboard battery, allowing it to run as long as there is even a sliver of daylight (they estimate it can work for 12 hours a day in most places), so there’s no need to dock and recharge at the end of the day.

It weighs 286 pounds, which should make it lighter than traditional tractors and farm vehicles, allowing to minimize soil compaction even when exploring the fields on a regular basis.

An onboard camera, a GPS RTK, and an array of sensors allow it to identify crops and chart its own course of travel, as well as detect the presence of weeds among the crops.

Once it recognizes the presence of weed, two hands under the contraption lower themselves and apply a micro-dose of herbicide to their exact location, systematically targeting the detected weed without wasting any chemicals.

According to the outfit, micro-dosing with herbicides instead of applying them indiscriminately will allow farms to use just a fraction of what they otherwise would, making it 30 percent less expensive than standard treatments. 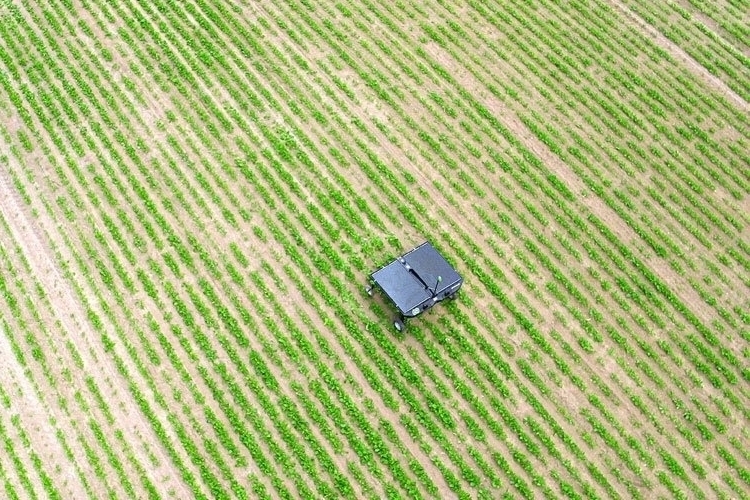 The ecoRobotix is estimated to cover around three hectares of surface area per day, although the exact coverage will depend on the concentration of weeds in the cropland since it will move slower in areas where there’s a high concentration of unwanted plants.

As such, the outfit recommends using the machine after a standard treatment (basically, you’ll still do the usual treatment at least once), relying on the robot to destroy any wild plant that crops up after the initial weeding to avoid taking too long to traverse a large farmland.

If used this way, they estimate a single robot can handle up to 12 hectares of land on its own, passing by every inch of it at least once a week. 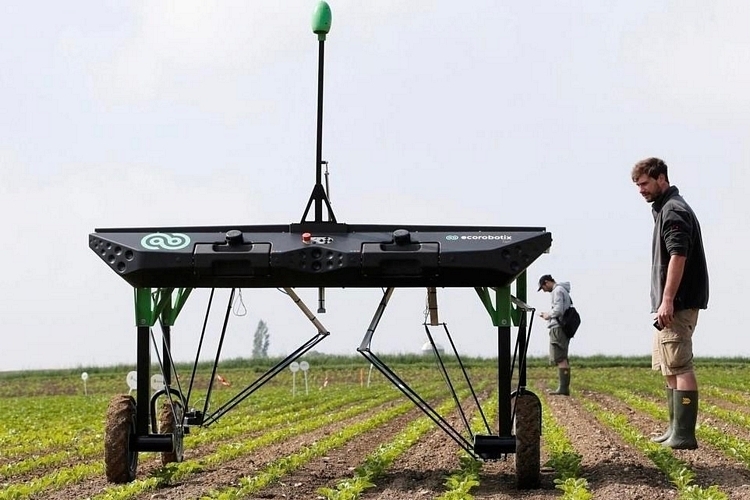 It holds 30 liters of herbicide on the integrated tank, which should be enough for a day of weeding, so you’ll have to fill it up again for the next day’s rounds.

Other features include a maximum speed of 1.3 feet per second, a maximum crop height of 9.8 feet, and a companion app that you can use to control the robot remotely (iOS and Android).

The ecoRobotix is scheduled for commercial launch in 2019.