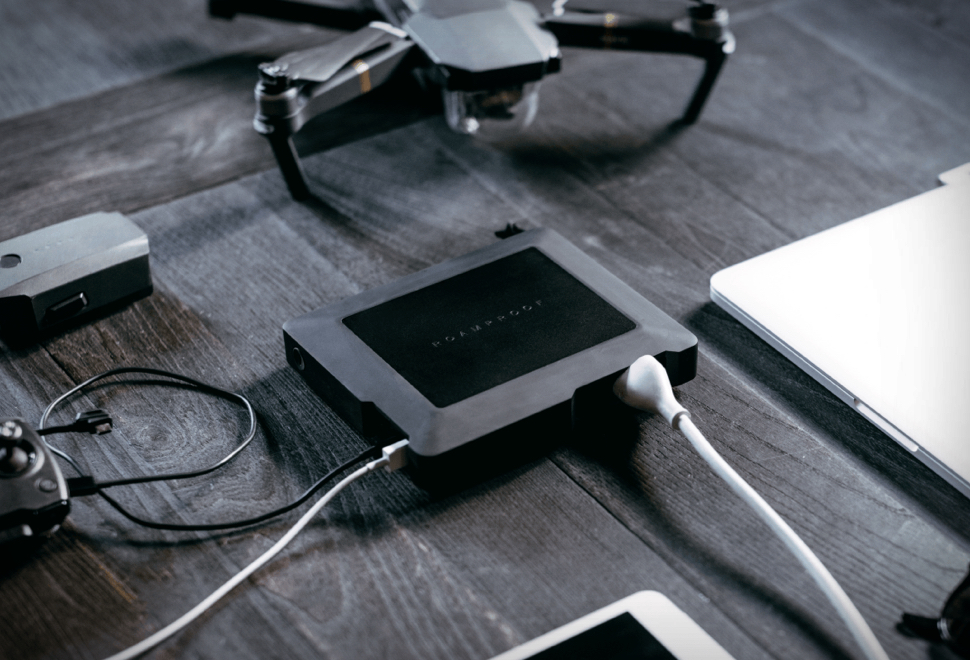 The PWR27 Powerstation is a new addition to the growing market segment of power suppliers for the gizmos we increasingly use and depend on to work or play.

This one sets itself apart from its competitors because it is really ruggedly built and has been seriously tested too. This thing is also the first A/C power bank to feature an integrated solar battery life extension and emergency trickle recharge. It withstands crushes from just under 2 tons, falls from the equivalent of around 1000 feet, and is also water and dustproof too (IP67 certification).

The PWR27 is able to charge up to 5 devices at the same time delivering around 27,000 mAh (gives you 7 days of power), the equivalent of 99wH which makes it possible to carry on your plane trips that forbid power banks over 100wH.